There would be no Larchmont Associates without Nancy Steiny. As we change and evolve, it is only fitting that we honor our founder. The head of our family. Some of us at Larchmont Associates were lucky enough to be with her almost since she first formed the group practice in 1991. Others of us have gratefully hopped on to Nancy’s moving train at various points in time. And we are the luckiest ones, as we’re just ten of the countless therapists whose lives she touched.

As a tribute to Nancy’s memory, we thought it fitting to reprint here in full Larchmont Associate Ralph Bruneau’s tribute speech to Nancy, delivered when she received the first Mentor Award from AAMFT-CA in 2013. Below are his remarks followed by hers. It gives you a small taste of the woman we so loved, admired, and, now, sorely miss.

Nancy Steiny is quite a significant person. One of the most significant people I have had the pleasure to meet. I am honored to call her a friend and colleague.

I met Nancy Steiny in 1994 when I came to intern at Larchmont Associates, and she has been one of the defining influences in my professional life. I’ve heard so many times over the last 2 decades “Oh, you work over at Larchmont Associates, I’m so envious.” Well, you know what? I completely understand. Makes sense. We’re lucky. It’s the joint that Nancy started. And when Nancy starts something it’s gonna be important and special.

When Nancy requested that I supervise at the Southern California Counseling Center, I said OK. When she invited (those of you who know Nancy understand what invite really means) to teach in the Family Training Program there, I said sure.

If Nancy invites you to join—you’d best say yes.

I invite you to take a look at her accomplishments.

Board Chair and Honorary Doctorate from CSPP

Faculty at Antioch and CSPP

Designed and taught the AAMFT Approved Supervision Course since 1989 –training and supervising thousands of trainees, interns, and paraprofessionals. And, because she is STIL mentoring, her next Advanced Supervision Training begins on September 17 at the Center.

She has invited so many clinicians into clinical excellence throughout the years.

There is probably not a clinician I know, who has not felt the ripples of her efforts in their professional training.

She has greatly influenced, if not been responsible for, the practice of “family therapy” in our city and state.  Not only by her work but by the recognition that by bringing the best trainers we would have the best trained. Over the years, she brought the most cutting-edge thinkers and trainers to the Center.

They came to teach us at Nancy’s invitation. We have been so lucky.

Nancy remains one of the most curious and vital trainers I’ve ever met. I’m sure that I ever will meet. Her influence on the practice of family therapy is immeasurable.

I’d like to present the first Mentor Award to the mentor of so many;

First, thanks so much to Ralph Bruneau and the California Division of AAMFT for this honor. I’m humbled and moved by your attention. As you know, recognition from your colleagues feels Great. Thank you.

But I’d also like to thank you for the opportunity to reflect on a rich, adventurous period of my life.

It was the late 1960s. I was transitioning out of child-rearing and starting to explore challenges and work beyond the hard labor of dealing with four teenagers. A friend suggested that County General Hospital was looking for someone to assist an Art Therapy teacher working with mentally ill adolescents. Hmmm. I had dabbled in visual art and always enjoyed aesthetics, but I knew nothing about Art Therapy. So that was a dramatic leap to me. My adolescents were often a pain in the neck, but they certainly never needed a locked ward. So I took a volunteer job assisting a person considered experienced with these kids. It was way out of my comfort zone, but at least I wasn’t in charge. I was equally frightened and intrigued.

On my first day, the art teacher was having a contest to see which adolescent could draw the best Easter Bonnet. Even knowing nothing about mentally-ill adolescents, I was horrified. It made no sense to pit already-troubled teens against one another to see who’s the best at anything. I asked the attending Psychiatrist about his thinking behind this contest. To my shock, his immediate response was, “you take over.” At that point I was really overwhelmed.

So I read extensively about adolescents and mental health. I found someone I did trust to teach me how to do art therapy. But my real teachers were the kids themselves. Their drawings and paintings were expressive windows into their chaotic worlds. Their art taught me about their lives. The rule of the ward was that if they’d had a good week — meaning they’d behaved and been compliant — they were allowed to go home for the weekend. When these kids came back, they were crazed and expressed details by how they painted in class. So I knew who was planning to run away; who they were mad at; who’d let them down. The paintings didn’t particularly interest the doctors running the ward, but I was blown away. These kids’ behavior seemed obviously nurtured by their original training ground, their homes and families.

Roughly around the same time, I had also enrolled in a course at UCLA called “Women’s Potential”. Given my new interest in mental health and families, the professor advised me to volunteer as a paraprofessional at the Southern California Counseling Center, known then, as now, as “The Center.” Its mission has always been to offer affordable Community Mental Health services, so The Center has always been thoughtful and welcoming to new ways of increasing community access to therapeutic support.

The 1960s, The Center, and my experience with these adolescents were a lucky convergence. I knew what I wanted to do. I went back to school, became credentialed, licensed, and eventually the Executive Director of the Center. And all that time, I kept wondering if there wasn’t some way that I could bring Family Therapy training to the Center. Then I ran across an article in the New Yorker magazine about Salvador Minuchin, one of the field’s pioneers. Fascinating. I was so turned on that during the summer of 1980 I lived in Philadelphia so I could study with him.

Of course, during that time, many voices throughout the globe were discussing ways therapy could be more relational, more involved with a family’s context. We were lucky because these professional voices were not only creative but generous and willing to come to The Center to share their techniques and wisdom. Exciting trainers came from Canada, New Zealand, Italy, and many parts of the United States. I was there as the field of family psychology unfolded and evolved around me. A perfect example of being in the “right place at the right time.”

And, as I mentioned, my husband and I were watching our own children grow up, leave home, and have careers and children of their own. They’ve been my own personal learning lab, always adding to my understanding of the meaning of families. And just for the record, one of my grandsons is a therapist, which pleases me. So life goes on. And here I am now, reflecting about my own rich experience while basking in your kind honor. I’m grateful to each of you for giving me this opportunity to share a bit of personal and professional history. THANKS. 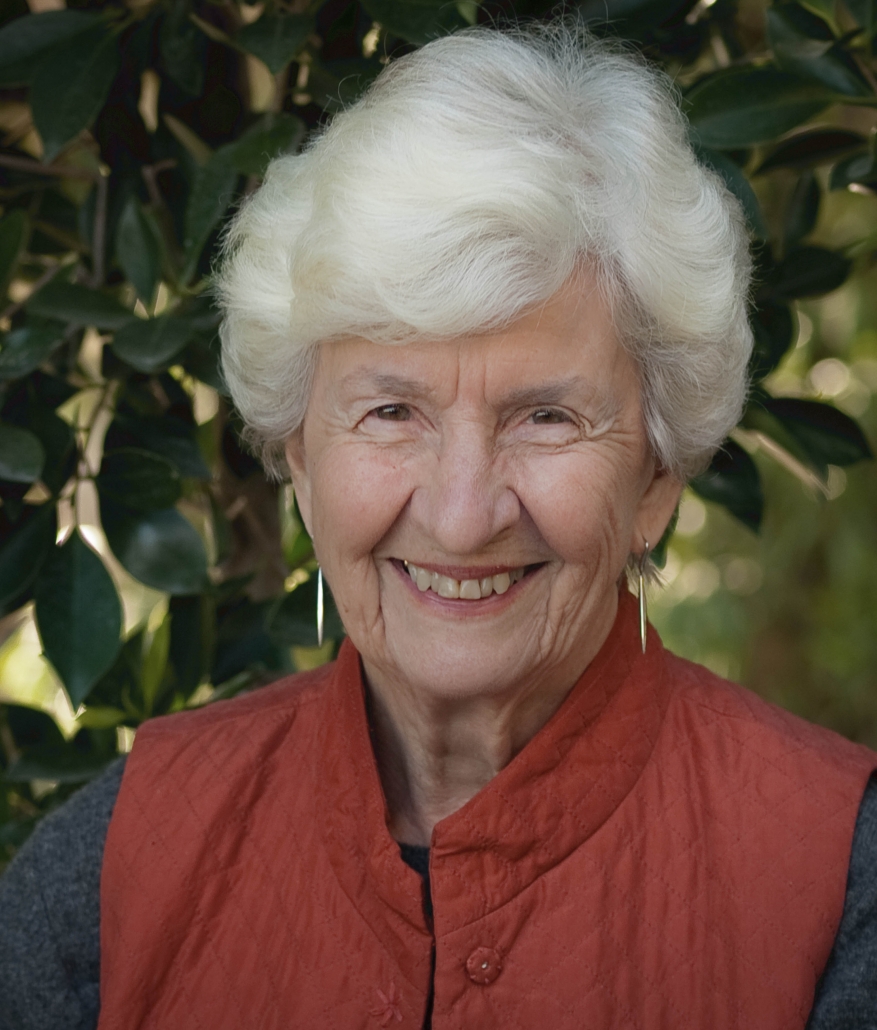 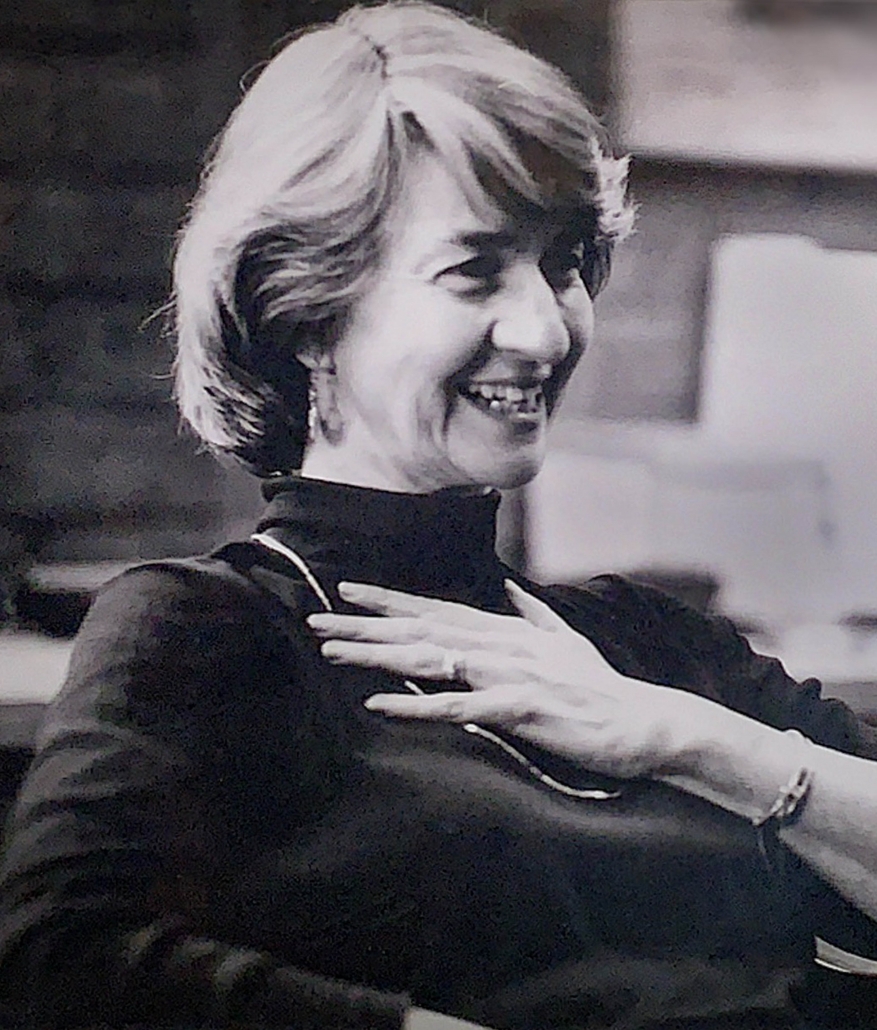